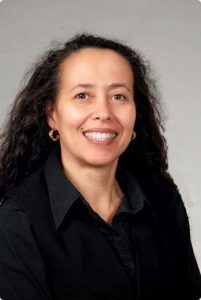 Corina Brito has a B.A. in violin performance from St. Marcelina College in São Paulo, Brazil, and an M.A. in arts administration from the London City University in the UK. Ms. Brito has been teaching and performing for over twenty-five years. She has performed with trios, quartets, symphonies and string orchestras in Latin America, Europe and the United States.

She is also the host of Classics & Beyond, an internet TV show from Best of Atlanta Concerts, providing coverage of some of the top classical, contemporary and world musicians and performances that take place in Atlanta.

Being always passionate about her Brazilian roots, Ms. Brito founded and is the president of the Brazilian Music Society, which goal is to showcase and educate others on the richness and diversity of Brazilian culture. She was also the cultural attaché for the Atlanta-Rio de Janeiro Sister Cities Committee and has been a member of committees for the Brazilian Consulate in Atlanta and for the mayor of Baltimore. For the latter, Ms. Brito received commendation from the mayor of Baltimore for her contribution to the cultural fabric of that city. Corina Brito is a member of the American String Teachers Association, the National Association for Music Education, the Georgia Music Educators Association, the Suzuki Association of the Americas and the Suzuki Association of Georgia where she was the vice-president for the 2014-2016 term. 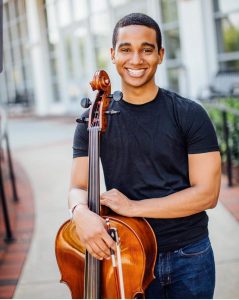 Noah Johnson is a passionate music educator and performer based in Atlanta, Georgia.

He earned his B.A. in Cello Performance from the University of Georgia under the direction of Dr. David Starkweather. Noah has performed across the USA and South America with groups like the Atlanta Symphony, Atlanta Opera, Charleston Symphony, Tuscaloosa Symphony, and more.

Noah enjoys a wide range of musical styles and repertoire in addition to his career as a classical cellist. He has performed with artists such as Robin Thicke, Migos, Van Hunt, India Arie, Faye Webster, Baby Rose, Tedashii, and Kishi Bashi, among others. He can also be heard frequently in pit orchestras for many theaters in the Atlanta area like the Alliance Theater, City Springs Theater Company, Aurora Theater, and more.

As an educator, Noah has worked with several different levels at many school districts around the state. He currently co-directs the orchestra and piano programs at the new School of the Arts at Central Gwinnett High School. He holds a small private studio of cello students at his home.